Who We Are
Our History
Our Approach

This Chinese idiom, with its literal translation “a chicken and a duck talking”, captures the cultural challenges facing Chinese and westerners in undertaking cross border business negotiations and the unintended consequence of talking at cross purposes. On a superficial level, the idiom refers to linguistic barriers, but communication barriers extend beyond language to disparate ways of thinking.

LVF Capital is dedicated to bridging the cultural gap enabling the chicken and the duck to communicate effectively. 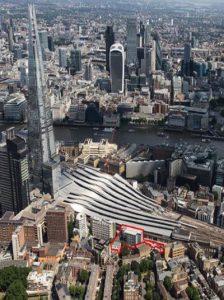 Cole Waterhouse recognise the heritage of this site and the opportunity it offers, particularly given the close proximity of the planned Wharfside tram stop. They felt the site at No. 1 Old Trafford offered an opportunity to start the regeneration of the south bank of this portion of the Manchester Ship Canal.

From the outset the company wanted to create an environment that was both attractive to live in and architecturally impressive to look at, complementing the proximity the development will have to Daniel Libeskind’s iconic Imperial War Museum North, Michael Wilford’s Lowry Centre and Manchester United’s Old Trafford home. This was a primary driver behind identifying and choosing the multi-award-winning architectural practice 5 Plus who believe in ‘simple elegant design’. Cole Waterhouse wanted the practice to design a bold and brave building that helped define the future direction of this part of the city using quality materials, including heritage brick, whilst ensuring that there was an impressive public realm outside the building to significantly improve the living and working environment for those using the area. It was for that reason they additionally have employed Exterior Architecture who have worked on impressive projects such as Battersea Power Station.

The 214,000 sq ft scheme, next to Victoria Warehouse and the grade II-listed Trafford Road Swing Bridge, will include 139 one-bed apartments, 211 two-bed apartments and four three-bed apartments across two main buildings rising 15 and 18 storeys high. No 1 Old Trafford will have fantastic connectivity to Manchester City Centre, Media City and the Trafford Centre with the new £350 million Trafford Park Tram Line stopping just outside the scheme. This is set to complete in early 2020.

Early works have now commenced on site and 80% of Tower 1 has been sold after launching the scheme globally with IP Global.

Cole Waterhouse are working with the Topland Group in partnership with UCFB to deliver the 196,000 sq ft scheme. This will comprise of 682 beds over 7 storeys split up into the following; 483 cluster beds, 48 studio beds, 112 dudio beds and 84 trudio beds. The academic accommodation will include a 300-person auditorium and seminar rooms as well as student study areas, a gym, a library/ IT suite and two communal garden areas.

Cole Waterhouse managed the planning approval process with approval secured in May 2016 for a £97 million mixed use development which included 198 residential units, (158 private, 15 shared ownership and 25 affordable rent) and 19,000 sq ft of retail space.

The shareholders ultimately determined to sell the site following keen interest in it. Completion of the sale of the site occurred in February 2017 and delivered a 38% ROI for their investors.

We use cookies to ensure that we give you the best experience on our website. If you continue to use this site we will assume that you are happy with it. Find out more.